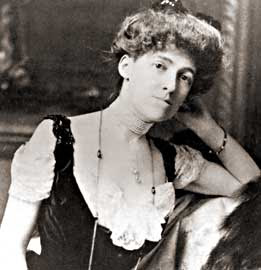 I am back to working on a project I'd stalled out on, or at least stopped working on: The Edith Wharton Sentences.  After I read the New York Review of Books edition of New York Stories of Edith Wharton I went back through the volume and highlighted one sentence from each story  (sometimes from every page) that jumped out at me for some reason. Then I copied these sentences into a notebook, one at the top of every page. A couple years later, after I'd forgotten, on the whole, the context of the story of origin, I'd go to the notebook every few days, read one of the sentences, pick up my pen, take a breath and go, writing wherever my mind went and hoping to surprise myself. I liked the results enough that I told myself this would become an entire collection of short prose pieces, already grandly named "The Edith Wharton Sentences" (Now I think maybe I should make "sentence" singular.)  But as with many of my grand schemes I petered out along the way, even while thinking some of the results were quite good.  I always seem to let a new enthusiasm overtake an older one. Now I am going back, to polish these pieces, to make some new ones, and gosh darn it finish a whole project for once. I am even proclaiming this in a blog to make it more public. You all have my permission to hound me about it in a month. (:Hey McDonald, how's the Wharton thing coming?  You didn't quit again, did you? Quitter.) One of the first selections, after the jump.


One day I heard that the piano tuner had died—walking pneumonia complicated by decades of heavy smoking, although the piano tuner was still a young man. I’d struck up a conversation with him over drinks one night, and might have seen him again, except that he was coming to the end of his schooling, and was soon moving back to the city of his birth, unless, as he said, someone gave him a reason to stay, like love, he said, or money. But I was broke, and also just beginning to fall in love with someone else, and the piano tuner did not press his case.  Via email he told me that he learned his tools, he practiced his tuning, and he practiced his pieces.  I never heard him play.  After he died, I tried to imagine his slender fingers, his charming stutter, and the expression on his face when he played a favorite and difficult selection, much the same countenance as a person lost in the act of love.
Posted by Robert Mc at 7:01 PM