Pretending to be Morpheus: An Short Interview with Dave Awl

I've known writer/performer Dave Awl since the late 1990s, when I used to see him as part of the famed Neo-Futurist ensemble and their long-running Two Much Light Makes the Baby Go Blind evening of 30 plays in 60 minutes. I have always appreciated his work, both the plays, monologues, songs, and skits from TMLMTBGB, and printed work from journals and his collection of poetry and prose, What the Sea Means, and was reminded of that fact when I saw he'd been featured recently in the on-line journal Escape Into Life. Dave was kind enough to respond to some questions that occurred to me after reading this lovely batch of work.  (I originally typed "lovely bath" of work, which also seems apt--one bathes in his work and emerges warm, refreshed, and clean, ready for the day or the night to startle and begin.)

Lives of the Spiders: Can you talk a bit about your process with the Night Diary poems? Do you compose drafts late at night while you are already (still) up, or do these writings stem from those middle of the night "oh crap I woke up and can't get back to sleep" times?

Dave Awl:  I do often find myself writing poems at two or three a.m -- it's a natural writing time for me, when my inhibitions and my guard are down and things flow a little more freely. But it's not a requirement, and I write by day sometimes, too ... I'm pretty sure I scribbled some of my first Night Diaries poems down in my spiral notebook while riding the bus in broad daylight.

The main idea behind the Night Diaries poems was that I wanted to try writing poems that followed the strange logic and surreal thought processes of dreams -- kind of like dreaming out loud into my notebook or keyboard while fully awake. I had been studying Jung for years, taking classes at the Jung Institute in Evanston, and keeping a dream journal for a while before I wrote the first Night Diaries poems. But rather than turning my dreams themselves into poems, I wanted to try to consciously write like the part of my brain that makes up my dreams. Pretending to be Morpheus, for a few minutes at a time.

LOTS: Do you consider yourself to be a "night person?" What associations or tendencies do you have with writing at night that might not be true of writing in the brazen light of day?

DA: Yes, I'm very much a nocturnal person. I've always found nighttime peaceful and relaxing, and it's when a lot of the most fun things happen. Night is when all the fabulous monsters come out. I like that nighttime is less crowded ... my literary hero and eventual friend Russell Hoban used to say that as an artist you need empty spaces in which to create, and I think at night there are more empty spaces to write into. It's easier to be imaginative at night, too. To steal a line from a performance piece I once did on this subject, non sequiturs and useful twists of expression breed in the moonlight.

And I think of this lovely line from Russell Hoban's novel The Medusa Frequency: "At three o’clock in the morning the moments patter like rain on the roof of night; the silence is a road to anywhere." 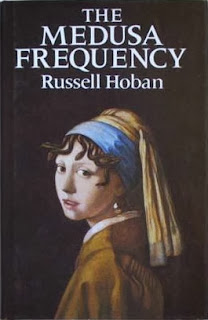 LOTS:  The titles of these works in Escape Into Life indicate more material--of there's a "Night Diary 82" one would assume there's a "Night Diary 1" and a "Night Diary 81."  Other poems found on-line, such as "Film Loop #12" for example, would lead one to consider the existence of other Film Loop poems. Do you have an archive of Night Diary entries?  And if so, can you quote from another of those entries for the readers of Lives of the Spiders?  (Dave's answer, after the break.)

DA: Well, the numbers aren't meant to indicate the sequence in which the poems are written -- it's more like I'm reaching into a big imaginary grab bag of possible poems I might write, and pulling out #42 or #12 or whichever one is calling to me at the moment. I've always been a huge John Lennon fan, and I like that he recorded a song called  "#9 Dream," but he didn't feel the need to record dreams #1-8 beforehand. Starting with #1 and then working your way forward would be too linear and prosaic and literal, somehow. Especially for work that's surreal and dreamlike in nature.

Also, the numbers I choose for the titles sometimes have numerological connections. "Night Diary 82" suggests the year 1982 to me, in addition to being #82 in a sequence. And something about the poem connects back to that year in my life -- or at least I felt that way when I titled it.

The first Night Diaries poems I wrote were eventually published as an online chapbook in 1997 ... and then that chapbook was included as one of the sections of my book collection What the Sea Means a few years later. But the original version is still available online.


LOTS:  When you write a letter poem, are you writing it to a specific person or persons?

DA: Sometimes it's a letter to a specific person. Other times it might be a letter to my past or future self, or to posterity in general. In the case of "Letter 3/12/07," I think of it as possibly a letter from a future self to my present self.

And I think some of my "Letters" are messages from one part of the psyche to another. In Jungian terms, I think "Letter: August 1" may be a message from the Self to the Ego.

When I started using the word "letter" in the titles of my poems, I'm sure I was thinking of Frank O'Hara's "Personism: A Manifesto," where he says that after writing a poem to a certain person he was in love with, he realized he could have used the telephone instead. 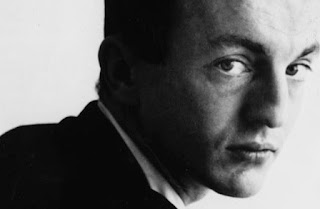 But also: Several of my favorite poets have avoided giving titles to some or all of their poems. Sometimes it feels as if giving a poem a title takes away a little of its mystery -- defines it a little too much right at the outset. On the other hand, you do need something to go up there in the title line. So poets come up with various ways of titling without titling. e.e. cummings just numbered all of his poems, and the first lines are used to distinguish them. Frank O'Hara has a whole bunch of poems that are just called "Poem" -- which seems to be his default title for an untitled poem.

I wound up using "Letter" in a similar way ... I think it's my way of giving a poem a title that doesn't pin its meaning down too much.

LOTS: Could you name several writers, filmmakers, or visual artists who you see influencing you in these poems?

DA: Well, the aforementioned Russell Hoban looms very large in my consciousness, as does the also aforementioned Frank O'Hara. Rilke is another major influence for me. There's a certain tone he achieves, especially in his later poems written in French -- a kind of naked open-heartedness and a peaceful vulnerability -- that I'm just in love with, and probably trying to emulate wherever I can.

Magritte is my favorite painter and sometimes in my poems I'm trying to juxtapose objects and images in a beautifully strange way, like he did. The same goes for my favorite surrealist or pre-surrealist poets, like Robert Desnos and Pierre Reverdy and Jean (Hans) Arp. There's a marvelous anthology that Michael Benedikt edited called The Poetry of Surrealism, and that really had a huge impact on me -- I slept with it under my pillow for a while in the early 90s. 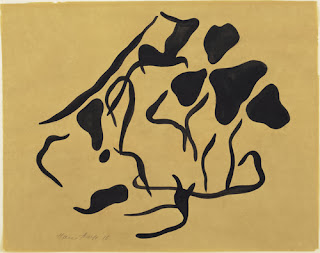 LOTS: Thanks for taking the time to converse via email.  Now I suggest we all go and write down or dream some dreams, be it night or day or some place in-between.
Posted by Robert Mc at 12:18 PM