Based on your elderly neighbors’ recipe, I have created a new form of meatloaf, where an excess of ketchup is a glimpse into a life. Spatial relationships between breadcrumbs and eggs become an indication of tension or emotion. The psychological state of this particular kitchen is emphasized and described through the interaction of salt and pepper. I think we’re going to need to scub this rust off the cast iron skillet to get things started. Rust or dried blood, only grandma knows the truth. 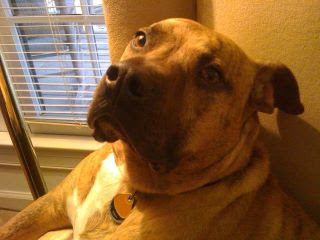 Night Arrives So Soon These Days

I just got back from The Chicago Book Expo, a gathering of independent Chicago-area presses held in the building in Uptown that once was a Border Bookstore, an irony not lost on the many participants.  (So few items now in that space would have been carried by the big box bookstore.) I wish I'd planned and plotted better to take advantage of all the opportunities: workshops and readings and panels, but I just walked in off the street.  After running into some people I knew, I did a bit of the walk around and look at tables and talk to people thing. I was able to feel chipper and conversational about twice before my usual shyness took over, but at least I bought a sturdy handful of books and journals, my own small economic stimulus package for small press publishing.  Once I had decided I could not make small talk with another person, because let's face it, I'd done it four or five times in the space of a half hour period and was really at my limit, plus I was getting sweaty from social anxiety and too much clothing on in the warmish space, I exited into the dim November afternoon, thinking that I should use the artistic vibe I'd been breathing and sit and write something. The closest coffee shop was a Starbucks, and the nearest independent coffee shop was full-up, so I walked home, for a much more wallet-friendly cup of tea.  Kate Bush's new album playing on the internets courtesy of NPR, and the biography of Van Gogh I am reading calling me to sit on the couch and spend some more time in that life of sorrow and delusion and brilliance. 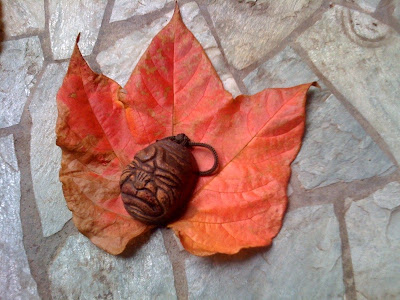 1. The collection The Last Skin, by Barbara Ras.  A bookseller friend at Women and Children First Bookstore steered me toward Ras's collection Bite Every Sorrow, and I found this one in a used bookstore in Wicker Park.  Whether speaking of grief, or describing a foreign landscape, Ras is always surprising, vivid, inventive. In her longer, roiling poems she channels Whitman, or at least bows to his influence and sings along with his hymns to the vastness and variety of the world.  Here's the end of the poem "Sitka Cemetery"

The shadows of eagles made imperfect crosses on the ground,

and I confess I've crossed myself enough to last a lifetime.

Miller manages to make his City any city, your city, a city both contemporary and eternal.  The City, loud, bawdy, bold, commercial, impersonal, intimate---it's all here, in many forms.  I wish I had written this book.

branches stamped through the blinds,

(5) and then the last remaining leaf begins to ring.

3. Every time I read an edition of The Best American Poetry I look and see the age of the poets.  They all used to be so old.  And I thought I had time to be on those pages, someday.  Now many of the poets are so young, and while I am nearly fifty I do not feel old, not in my stupidly boyish and impressionable heart, at any rate.  I still hope to be in these pages one day, even if I don't care nearly as much one way or the other, and the envy is mostly overruled by enjoyment and admiration. To quote Jennifer Grotz in "Poppies,"

But now it is still light and the blackbirds are singing

as if their voices are the only scissors left in this world.

Let’s Hope Every Bluegill in Lake St. Clair is Sated 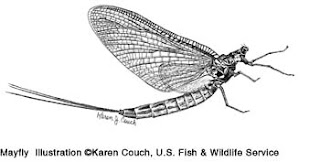 The mayflies of your youth have not flown away, they cling dumbly
to screen doors, or dangle like suicides from stray lengths of spiderweb,
a thousand thousand bodies, turning into mummies
on the sidewalk in the sun, their wings
crackle
under the tread
of your sneakers,

the mayflies of your youth were also known as fishflies,
let’s hope every bluegill in Lake St. Clair is sated, let’s assume
the fishflies have their use, of course they have
their purpose:
to mate and so continue
the dynasty
of mayflies and also

to bring back to you the mayflies of your youth,
how they basked on the garage door, or gathered
like sports fans
around the porch light, you threw them into spider nets
under the porch, because you loved to see
a spider
struggle and delight

in such a bounty.  The fishflies,
of course, live an entire life
in one day.
They are completely
without stomachs
or the curse
of hungry
mouths

Windy City Queer, an anthology edited by Kathie Bergquist, has just been published by University of Wisconsin Press.  I enjoyed the release party at Women and Children First books store very much.  I was delighted to read with other contributors to the book, including Sharon Bridgforth, Gregg Shaprio, Achy Obejas, and Goldie Goldbloom.  If I had to pick a favorite among the readings, (all fine writers and readers) I'd say that Goldie's was it--she is shy, I think, but her slight nervousness fit so well with the tone of the story she read.  If you get a chance, read her novel The Paperbark Shoe. Set in Australia in WW II, the odd, hapless, and wonderful characters reminded me of the work of Carson McCullers as well as earlier John Irving.  I am eager to read (or hear) more of her work.

I read my poem from the anthology.  In support of all the work that went into the anthology, I'd ask for you to buy it, or check it out of your library--I like my piece in it just fine, but there's much to enjoy and ponder in the book in addition to my short poem. You can read the other one I performed the night of the release party after the jump.  It's a bit of a crowd-pleaser, but I like the "I-do-this, I do-that Frank O'Hara quality of it, and feel happy that the first draft's dashed off feel (I did write it there in the park) remains after its many revisions.