Getting Rough With the Good China: A Bit About the Work of Carl Phillips

I used to be enthralled with the work of poet Carl Phillips.  His poems often seemed to be loose translations from fragments of the ancient Greek, and I loved their broken beauty, like pottery in shards. Speaking of pottery in shards, just after I wrote that I opened up his 1992 collection In the Blood to these lines:


I can picture him
getting rough with the good china,

how I'll feel about that.

After some years I stopped buying his books, which appear with a frequency other poets might envy.  His subject, nearly always, is desire, and more than that, the ineffable quality of desire: why do we want what we want, and how to describe it? Whether the "it" be sex, or power, the will to dominate or the need to be dominated, the longing for love--these things are, if we are honest, nearly indescribable in language, and Phillips so often resorted to the indeterminate: "as if" or "it seemed as if". Despite the fact that I agree that desire--what we desire, how desire functions, what desire means--despite the fact that I agree that these are topics are nearly impossible to describe, how a landscape evokes feeling, why a certain sight makes us gasp, or feel pain, or regret, why the sight of a stranger can evoke such alarming lust, despite the fact that I agree that all of this is nearly impossible to talk about, I tired of Phillips' recognition and embrace of this difficulty, in the form of refusing to make a declaration.

In a 2010 interview in he says, "There was a review that talked about how my sentences are constantly self-questioning and doubting, as if that were something weird. But that’s simply how I am in real life, whether on the page or in a supermarket."

I think I wanted him to bluster, and pose, and state something like a fact.
"I don't go to poetry for the questions," I thought.  "I want answers," even as I know that the answers are a covenant between poet and listener: I agree that you will tell me the way the world works, and you and I will both know this is only a fleeting and fragmentary portion of the truth, you and I will know this poem may just be a pretty lie, but I live in the doubt enough myself. I want the lie, and to dwell for the time of the poem within its boundaries.

Then a couple weeks ago I picked up the latest collection, Double Shadow.  I don't know if Phillips' work has changed, or as seems more likely, my response to it has changed over time, But I have been returning to this collection again and again.

..."Life as a recklessly fed bonfire
growing unexpectedly more reckless seems
neither the best nor worst of several choices
within reach, still. I wear on my head a crown

We are still, in these poems, often placed in the middle of a narrative where we do not know and will never know, the setting, the characters, or plot. But the language is beautiful, and I want to hear the way Phillips coaxes it to sing. Really, I bought this book because I opened it to the last page and read the last line of the fragmented poem "Immaculate Each Leaf, And Every Flower."


And delighted in the language and wanted to rest there a moment, and did so. 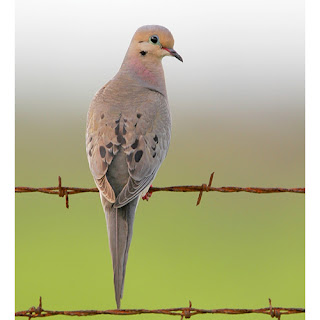