One of the Ancient Spirits of the World.

Just before Christmas I went to the lakefront, hoping to see one of the snowy owls who have landed here in Chicago for a while. I drove past a group of people who were all staring up into the black branches of an apple tree, some of them pointing, some of them aiming cameras. By the time I parked the car and reached that slushy point on the lawn, the group was disbanding. One woman walked away yelling" who- wee, who- wee" over and over, like she was calling a pig in at slop time.  I hoped a snowy owl would not respond to that sort of thing. I went walking on a sliding cold trail, through the slush, out into the prairie field at Montrose Point.  I saw a squirrel, and a man with binoculars looking at finches, and breathed in the scent of dry grass and winter. But I didn't see a snowy owl.

I thought of the first poetry workshop I ever attended, led by Diane Wakoski. For the first session, she just read us recent poems she'd written, and one of them was the poem "Removed from Natural Habitiat," about the speaker viewing snowy owls in a zoo:

...Part of their beauty is
In their stillness, the unblinking eyes like money that is hoarded,
The head cocked a little, the body stationary, and seemingly
Unjointed."

I wanted to see a snowy owl at the lakefront, in the snow fields on the beach, or in a low tree, or out on the cold pier.  I wanted to see one snowy owl, even though I'd seen videos and photos of many of these recent city visitors online.  you can't google " snowy owl chicago" without plenty of information. And images appearing. I found for example, that these owls descending from the north are called an irruption, not a migration, and that more than likely it comes of there being an overabundance of owls in the north, so that the younger ones are driven away by the elders, and come to us looking for food.

I thought I might see one of the ancient spirits of the world.

I wanted to see a snowy owl, with my own eyes, but did not, and so had to cast around for other forms of ferocity, and beauty. 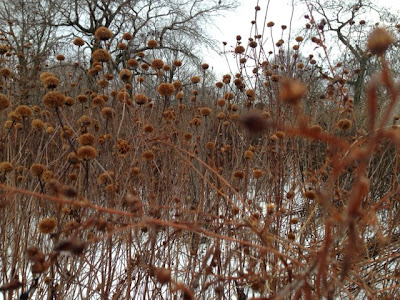