In the General Excitement, Gratitude, and Pride Department

Things have been very busy here at Lives of The Spiders.  Three of the prose poems from my Artistic Statement series just went live at kill author. Three spider poems, two of recent vintage and one (An Unknown Species) that was written in the late 1990s were just published by THIS magazine. And the fine folks at THIS saw fit to nominate that poem for a Pushcart Prize.  I have always been both proud and baffled by that poem--it came out of nowhere and was not similar to anything I'd written before. I think it was one of the first things I wrote where I used something, a quote in this case, as a diving board, to jump into the not known, as close to the unconscious as I can get, and just write what wanted to be written.

I'd like to thank the Academy.  And the editors.  And also Bill Yarrow, who met me at a reading and suggested I send some poems to THIS. Excuse me, I'm off to make some metaphors or hammer some bricks or drink some champagne or something.

Keep an eye on this space. In late December or early January I'll be announcing an exciting new phase of Lives of the Spiders.  More webs!  Different weavings!  And an invitation to join in some writing mischief. 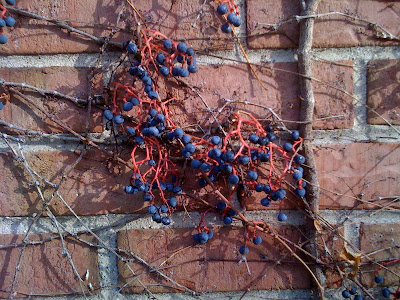